If you’ve only played as far as Dragon Age: Inquisition and haven’t read any of the supplementary comics, you might not know that by the time we (almost definitely) visit Minrathous in Dragon Age 4 – which could be the most cyberpunk city in fantasy – Dorian will be a Tevinter magister. For those unacquainted with Tevinter lore, these are absolute sad sacks who enjoy extravagant lifestyles where they use poorer people (see: everyone) as human sacrifices for trivial pursuits in blood magic. Dorian’s dad is one such magister, and we all know how much of an idiotic bigot he is – he’s one of the less terrible ones.

When Dorian Pavus joins your party in Inquisition, he’s on the run from Tevinter. He’s decided to leave his old life behind, in which his parents don’t accept him for his sexuality, and he is acutely aware of the vast injustices of the Tevinter Imperium. He wants to change all of that – the stupid mandates of an archaic society and the brutal caste system that facilitates slavery and worse. Throughout Inquisition, Dorian is always true to these ideals – he’s a bonafide hero with his heart in the right place, and he’s my favourite character in Dragon Age history. I also like Varric, but Dorian is slightly better – just don’t tell Varric that.

My main concern here lies with the fact that sometimes good guys become bad guys in fiction. I mean, Solas helped us throughout the vast majority of Inquisition, right? But then he revealed he was the Dread Wolf and pissed off. I still like Solas and I hope we can win him over to fight some mutually recognized evil, although my involuntary admission that he’s probably going to become the Big Bad is becoming harder to suppress with each passing day. If I have to beat up Solas despite not wanting to – I’m a Solas defender, for what it’s worth – I will kick up an absolute ruckus if I’m forced to turn on Dorian, too. Please, BioWare, if there’s one thing you can give me in Dragon Age 4, just don’t make Dorian an idiot Tory. 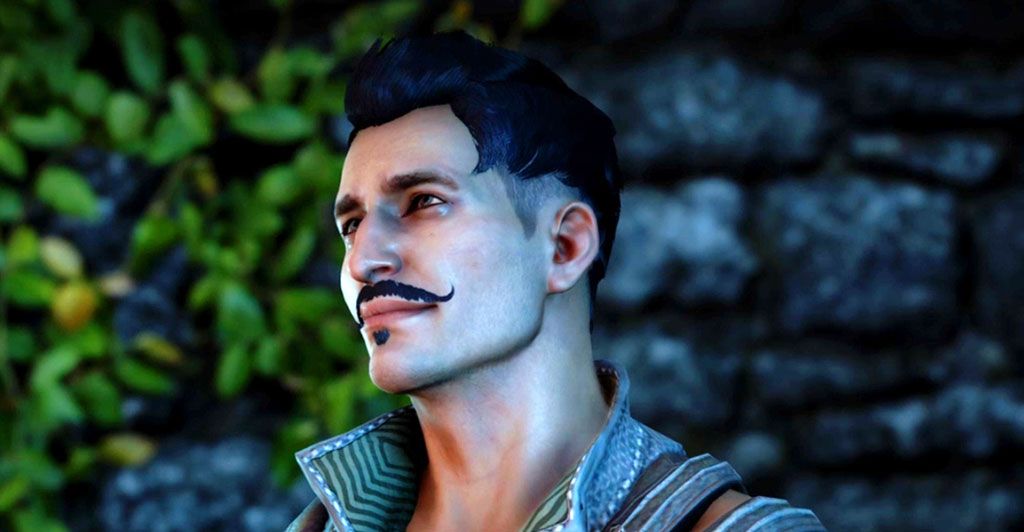 I have faith that Dorian’s established character to date is enough to justify his preservation as a good guy. No matter how busy he is or how powerful he gets, Dorian is too clever and caring to ever change. Sure, he might be a little different, but I’m talking about fundamental change. His arc in Inquisition is one of the most emotionally affecting ones – one of the most real and palpable of the lot. I can’t for the life of me imagine some sort of last-minute heel turn where he suddenly goes into some blood magic frenzy and becomes mini Corypheus, or succumbs to his dad’s bigotry and pledges his undying allegiance to imperial Tevinter. I firmly believe he’ll work on inciting change, and will still be bound to the Inquisitor, be that as a friend or romantic partner.

Maybe that’s why I’m so irrationally worried about this in the first place. Dorian is the best character in Inquisition and his relationship with the Inquisitor feels the most natural. The decision to make him say, “Sure, I’ll take this position of authority and use it to elicit real change” reminds me a bit of politicians who go into office with decent motives, but get corrupted after the tenth brown envelope passes under their nose and they want to taste the whiff for themselves. Beyond that, Dorian could inadvertently perpetuate the system purely because of the fact that he doesn’t actually know what life is like for the lower castes in Tevinter. Without consciously deciding to examine just how much shit these people go through, he’s at risk of exhibiting ignorance because of the fact he was sheltered from this less idealistic view of the world his whole life.

Again, I’m not sure Dorian is that weak-willed or willfully ignorant, but you never know with fiction – tropes repeat themselves and decisions are made dynamically as much as they are independently. One person’s descent into evil can create room for a redemption arc, or shift the scales as we currently know them. It’s important to remember that Tevinter is still largely at war with the Qunari, so who knows how Dorian could respond to that.

Ultimately, though, I don’t really care about how most of the narrative decisions made in Dragon Age 4 pan out. Just don’t make Dorian a Tory. Allow him to work towards the change he so desperately wished for and strongly deserves, and let him succeed while he’s at it. If I have to fight him, I’ll just fight my PS5 instead, or learn how to code so I can nick the source code and rewrite his arc myself.

Next: Spyro The Dragon’s Dream Weavers Is A Lesson In Open World Design