Grappling into the horde of enemies on the back of a super shotgun’s firey hook only to mash up a demon’s face before chainsawing his brethren for that pool of rainbow-colored ammo is a thrill. The flow of leaping around, going from hellspawn to hellspawn, mercilessly cutting them down, filling them with lead, is like an orchestra of electric guitars where every riff calls down a bolt of lightning to strike some unsuspecting sod in the audience. Doom Eternal excelled at that hoard-and-slaughter waltz, but it teetered on the edge of being a perfect roguelike, and id Software should take note.

The triple-A space hasn’t touched on roguelikes much in the past with it often being relegated to indie developers. They do a swell job at it, whether it’s the Zelda-inspired The Binding of Isaac, the bisexual haven that is Hades, or the fuzzy Loop Hero and its retro aesthetic. But Returnal proves that it can work with triple-A teams and that there’s a market out there hungry for that replay-value-rich randomness. So, Bethesda should capitalize on it, especially now with Microsoft’s seemingly ever-expansive wallet.

More developers in that high-budget castle in the sky should give it a shot, but especially id Software, as Doom Eternal is already there barring a little push. Boil down a roguelike and what do you have? A series of rooms you stroll through where you have to kill all the enemies to progress. These rooms often leave you with loot of some kind, be it health, ammo, power-ups, new effects, or weapons. Eventually, you face a boss. A new biome is unlocked. Rinse and repeat until you face the head honcho behind the loop and when they’re felled, you arise victorious. Being an arena shooter, Doom Eternal already has the room-to-room jaunt nailed down, the copious amount of weaponry is present, and there are a handful of bosses in-game as it stands. 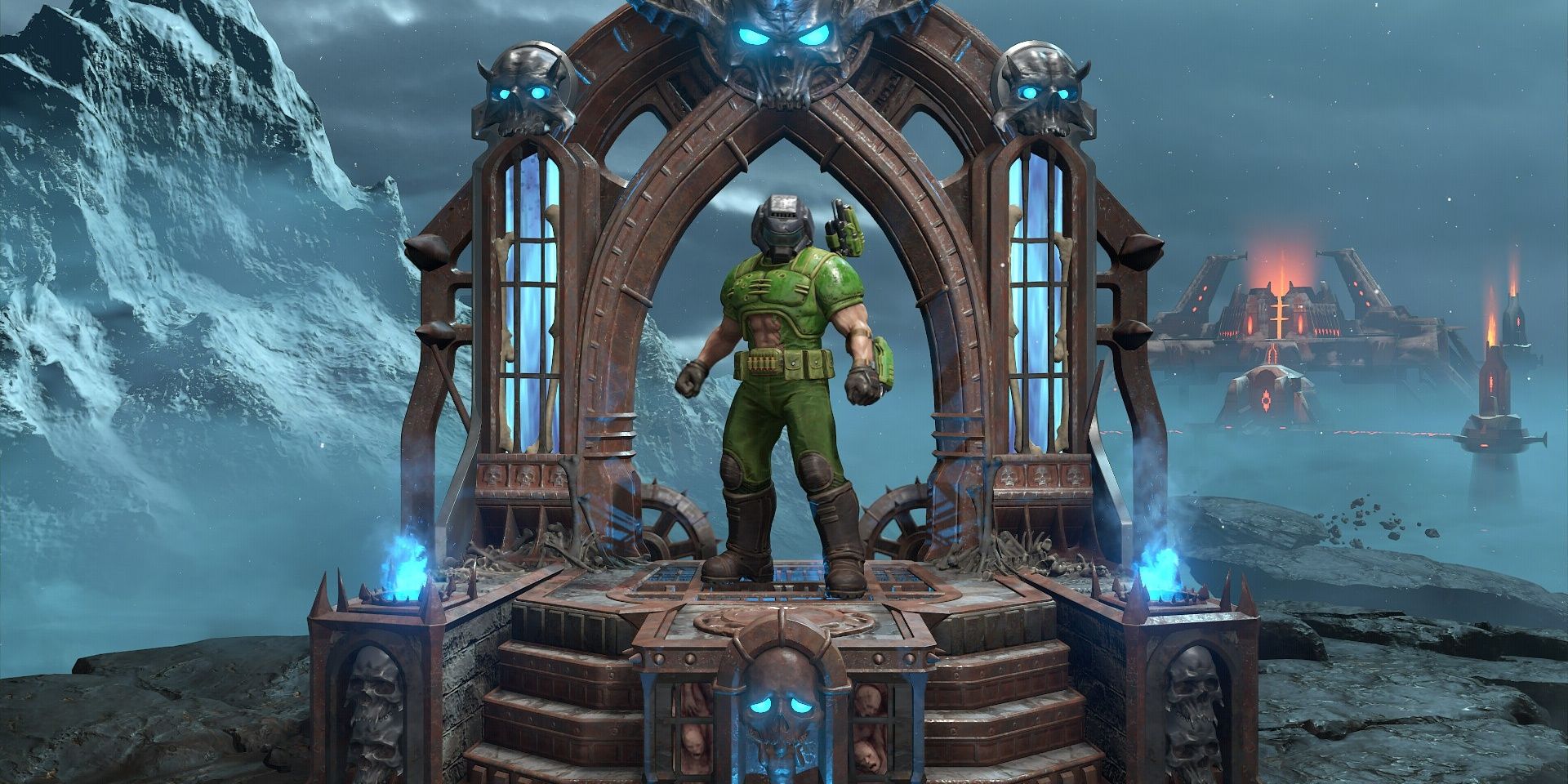 Doom Eternal could be transformed to become a roguelike with ease – at least, ease in that it’s a perfect springboard to get development going. It would take some legwork. Id Software would need to create a procedural generator that places rooms together in a random order, layout what biome comes after what, add more bosses, guns, melee weapons, and explosives to splatter foes into an outward cry of gibs, along with modifying skill-tree perks and power-ups to make them work as pick-ups, potentially adding more modifiers to boot. The foundation is already there and Eternal is the perfect game to make the leap from linear FPS to a high-octane, 3D roguelike, and having that much replay value in a Doom game would be unparalleled.

Doom’s greatest aspect, since its inception, has been its mindless run-and-gun fun, gallivanting through corridors, climbing lifts, perusing factory-like structures riddled with pests, wading through the Martian landscape, all while racking up a kill count of hundreds. The natural evolution of that is a roguelike that lets you face a different set of obstacles every time you boot up your save, and what’s more, it can even sport its own hub akin to Hades with Eternal’s ship, letting you gather trophies and artifacts with a central computer that lets you view your progress and stats. Maybe some NPCs even start to gather the more you delve into the thick of it.

The story’s reason can be as simple as the demons finding a way to trap the Slayer in a tormenting purgatory of unending slaughter. It only ends when he clambers to the eye of the storm, his green Master Chief cosplay stained red, driving a chainsaw from shoulder to hip through the mastermind pulling the strings. Voila, he’s out, and the next game ensues. It’d be a perfect interim to tie us over until the third entry, and it’d be something that would no doubt be a joy to play even years after, with replay value that topples all others in the series. I know, for one, that I’d fork out the big bucks to give it a whirl, and I imagine many others would too. Roguelikes are the perfect value-for-your-money genre and siphoning Doom’s existing assets to make one would be an ingenious move for Bethesda. Microsoft owns ’em now, and they no doubt want something out of that deal soon, so what about a Doom that you can keep coming back to?