Loss isn’t something you can predict. Even when you can, the emotional impact is often insurmountable. There’s no wrong way to deal with grief, whether you push past the empty void with happy smiles, sad tears, or general indifference to a huge shift in your life. I tend to find experiences I can relate to – games, films, anime, or music that usher the feelings I’m having trouble delving into on my own.

By projecting those thoughts, they become much easier to process, which is why I found Masaaki Yuasa’s Ride Your Wave to be so profoundly wonderful. Launching after the global success of Makoto Shinkai’s Your Name, many expected this film to be a back-to-basics romantic drama that aped the universal qualities that made the aforementioned movie such a success. For the opening act, it almost was, a sickeningly sweet tale that saw tomboyish surfer Hinako Mukaimizu fall head-over-heels for firefighter Minato Hinageshi.

Opposites attract, and their evolving love for each other is purposefully saccharine in its sweetness. The two bond with journeys to the aquarium, camping trips in the winter, and brief allusions to the potential of marriage. Our main characters are made for each other, and it’s expressed with such genuine emotional resonance that we’re all happily going along for the ride. However, when the romance begins to settle, things take an unexpected turn into tragedy. 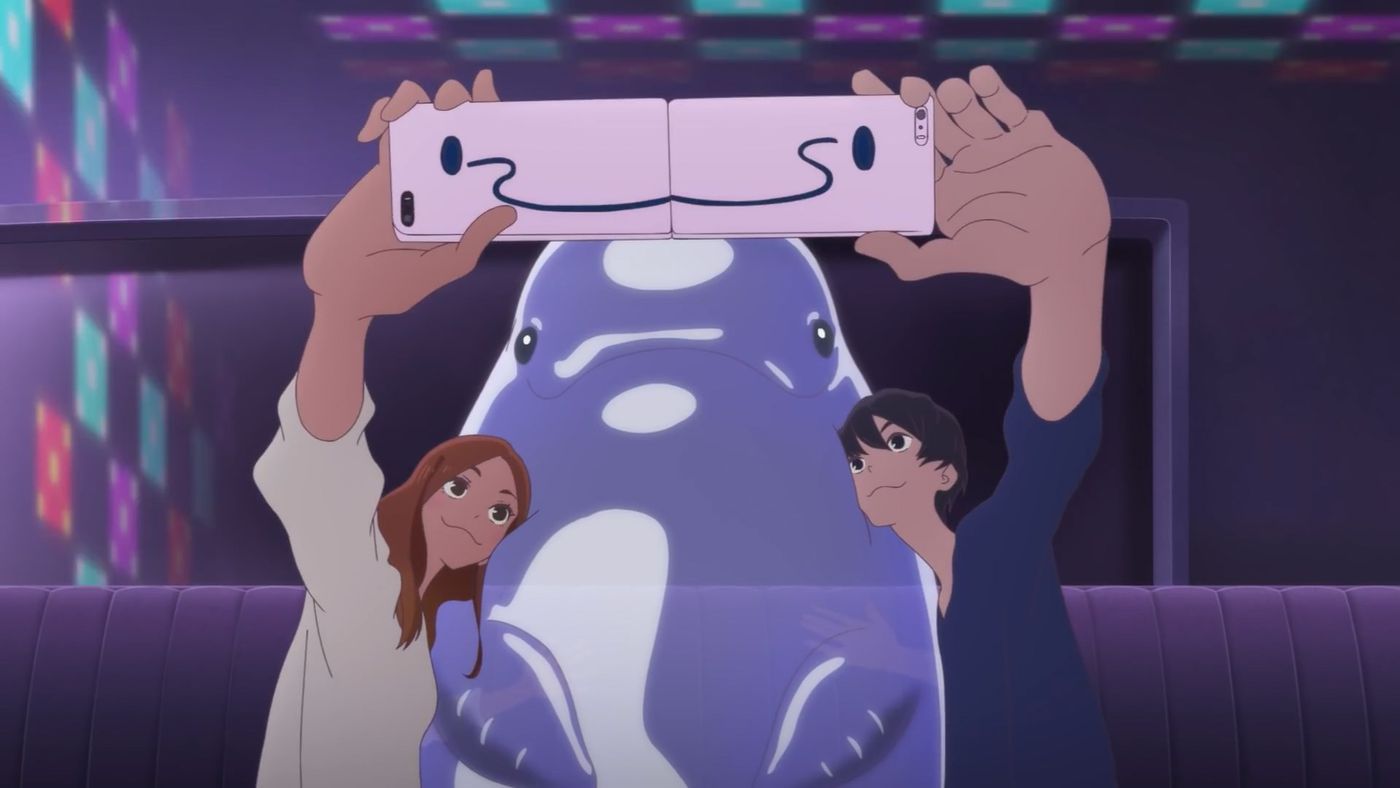 Throughout their relationship, Hinako has been teaching Minato how to surf, sharing her lifelong passion with someone she truly cares for. Minato is overly confident in his character, so on a cold morning, he decides to hit the ocean on his own to ride the waves. Tragically, he drowns while trying to rescue a struggling jet skier, with Hinako coming to terms with the gravity of events as she cycles towards the beach, an ambulance crew stopping her from glimpsing at the corpse of someone who couldn’t possibly have died. He was there this morning, and a tangible, living being can’t be taken away so suddenly.

Ride Your Wave deals with the reality of grief so perfectly. It’s like a shotgun blast, knocking you back as your ears ring with a palpable feeling of denial, a willingness to push back at the actual reality of things to find a place where none of this is happening. This sense of negation is powerful, a heartbreaking glimpse into the very real way grief can manifest itself in people, especially when it comes about so suddenly. You’re left without purpose, the unknown future threatening to swallow you up.

Hinako spends the following weeks bursting into tears at the slightest reminder of her deceased partner. College friends and family struggling to connect with her or offer even the slightest bit of relief. Minato’s family is suffering too, with his younger sister, Yoko, becoming a prominent player in the unfolding narrative. However, her grief manifests itself in aggressive dissapointment. Her brother has left her behind in her formative years, and won’t be there anymore to guide her. Much like Hinako, she has lost something profound, and is struggling herself to deal with exactly what that means.

Because this is anime, the whole film isn’t about people crying about a dead person, it inevitably takes a turn for the fantastical, but it never abandons the raw emotional message the acts as its foundation. Hinako comes to realise that she can summon a watery spectre of Minato to communicate with by singing a cheesy pop song they bonded over as a couple. One the lyrics are spoken, he will appear in a body of water with the ability to speak, move, and interact with the outside world. But he’s only visible to our heroine, making it clear that it is some form of psychological coping mechanism, a blunt personification of grief that draws awkward stares and sorrowful pity wherever she goes.

She’s judged by onlookers but Hinako doesn’t care – she’s with the one she loves, even if it’s just an imaginary version of the boy who lost his life so suddenly. Ride Your Wave isn’t afraid to explore the multiple stages of grief, and how those in mourning can jump between jubilant happiness and overbearing depression at the drop of the hat, with the slightest triggers throwing your life into a whirlwind. Hinako is an unpredictable heroine, but that’s part of her charm, with such a huge loss threatening to tear away the bubbly personality that makes her so special. 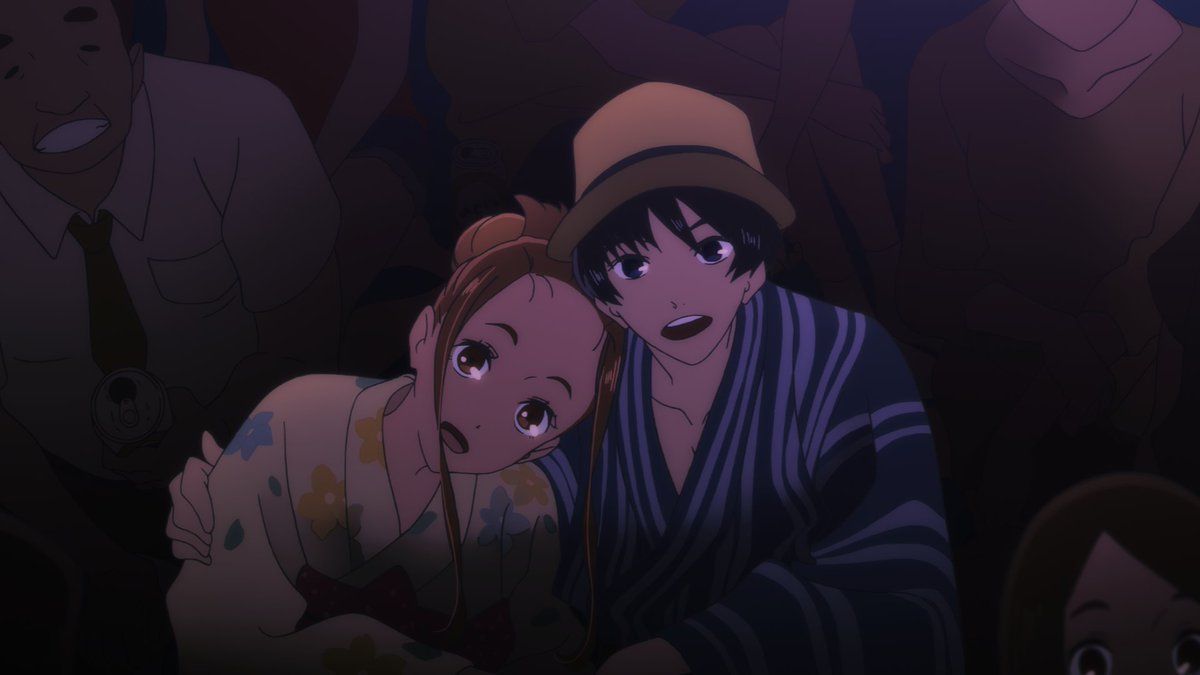 Brief spoilers ahead, but the film’s conclusion proves her right. As a group of hooligans set fire to a monolithic structure in the midst of the city while setting off fireworks, Hinako and Yoko climb the tower to put a stop to such shenanigans. It immediately goes awry, and when all seems lost, Hinako belts out a banger and her watery boyfriend comes to rescue. In a truly beautiful animated sequence, Hinako and Yoko descend the tower on a makeshift surfboard, riding the waves born out of little more than a passion to keep moving forward, not allowing grief to hold you down.

It’s a poignant reference to the film’s opening, where Hinako is saved by Misato as her apartment burns to the ground. They say goodbye just like they first met, in a stream of water meant to save people, mend relationships, and make the world a better place. Our protagonist isn’t ready to move on, but she’s beginning to heal, beginning to accept the loss she’s suffered and the steps needed to push forward and live her life. Grief never goes away, and Ride Your Wave makes that abundantly clear. Sadly, once the day is saved, he’s gone forever. 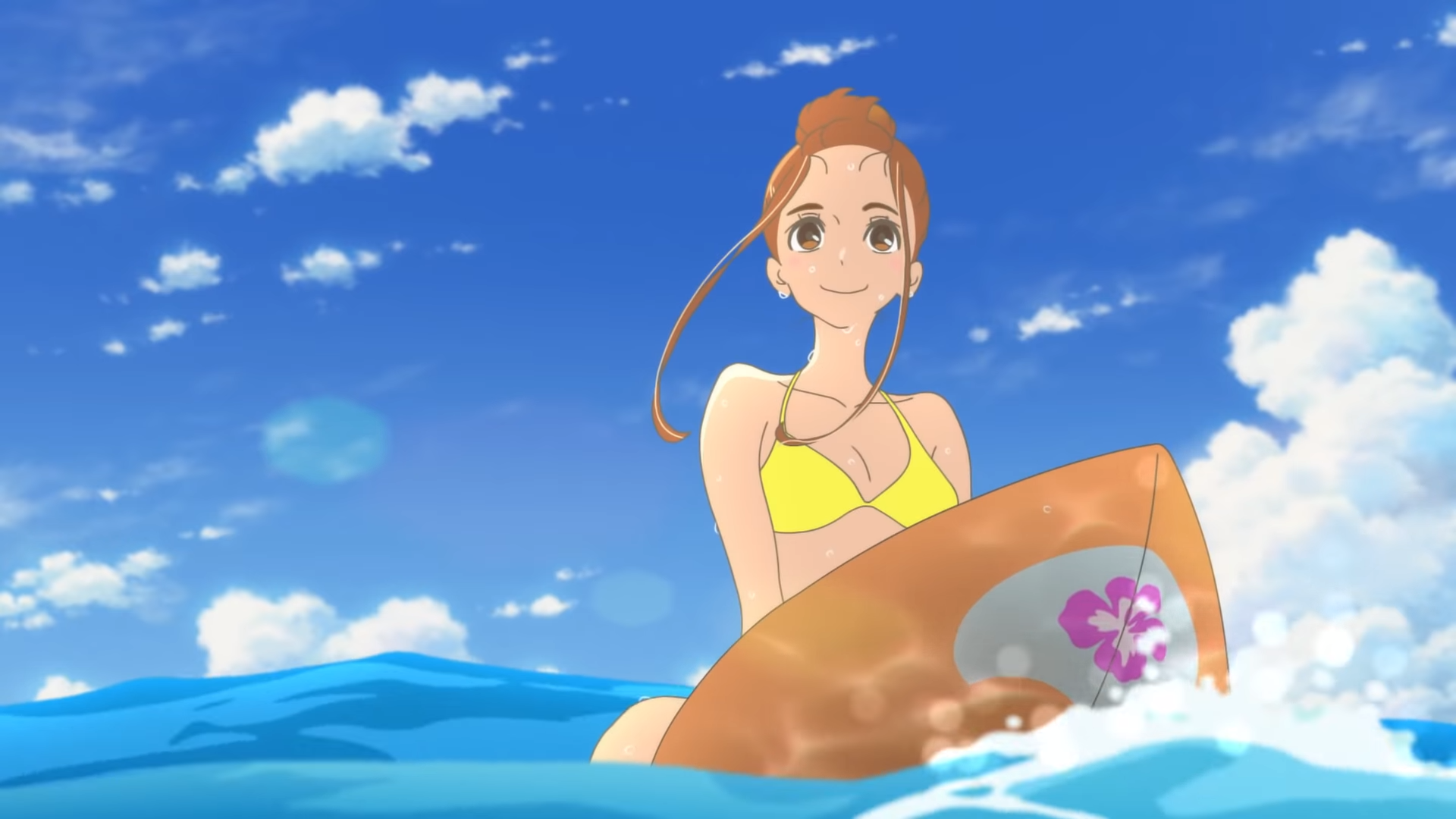 The final duo of scenes are bittersweet. Before his passing, Minato organised a recorded message to be played from a building in town, a complex where couples and loved ones can visit to celebrate Christmas and hang up plaques to immortalise their connection with each other. As Hinato stands alone, her friends moving towards the building to shape their own memories, the voice message plays out. Minato wishes his partner one last hopeful declaration of love from beyond the grave, a moment which acts as a sign for Hinako that it’s okay to move on. She breaks down in a pit of tears, dropping to the ground and curling into herself. It’s hard to watch, but achingly real in its honesty.

As the film’s final moments play out, we watch Hinato head out to sea with her surfboard in tow, the sun beaming down upon her. She’s ready to ride the waves again, indulging in a passion that was pushed away in service in grief. This wound will never be healed, but for a brief moment, the potential of life begins to open up for the first time in forever.

Next: I Can’t Believe Drakengard Got Away With So Much 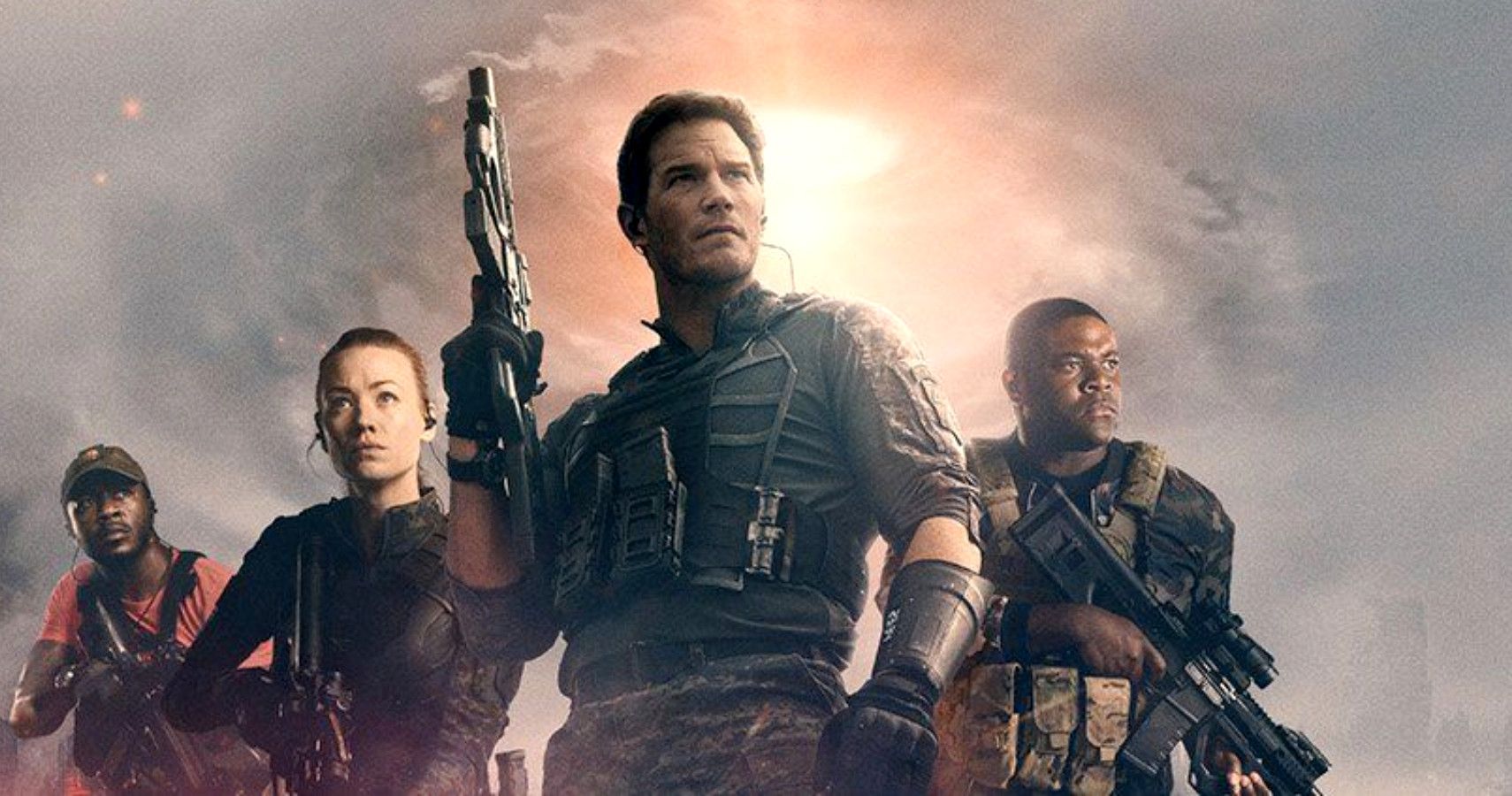