I’ve never finished Skyrim’s main story. It’s boring, the fate of saving the world from legendary dragons and evil empires eclipsed by the menial task of exploring winding caves in search of treasure or establishing my homestead and starting a family far away from the epic destiny thrust upon me. I always allow myself to get wrapped up in the flow of Tamriel, actions dictated by natural curiosity instead of scripted missions that take away the magic of claiming this place as my own.

Elder Scrolls, Fallout, and so many other beloved RPGs often suffer when a sense of freedom is taken away in favour of a linear narrative, the strength of the writing entrusted with maintaining your investment and asking you to embark on quests that to many simply aren’t that interesting. Skyrim was never about the story of the Dragonborn, it was about your own, a curious adventurer who wanted to become a part of this land without ever being defined by it. I expected my behaviour to change after picking Skyrim up for the first time in over five years, but I immediately sunk back into charming old habits.

Upon completing the introductory mission (which I hope I’ll never have to play again) you’re given free reign to explore Skyrim at your leisure. The earlier sections are designed to railroad you towards the main quest, exploration subtly telegraphed through excellent environmental design and strategically placed locations that mimic a sense of discovery. While I’d recommend seeking out a handful of powers situated across the primary quest line such as dragon shouts, companions, and a few other essential features – beyond this there’s a majesty to leaving it all behind and losing yourself in the vastness of it all. 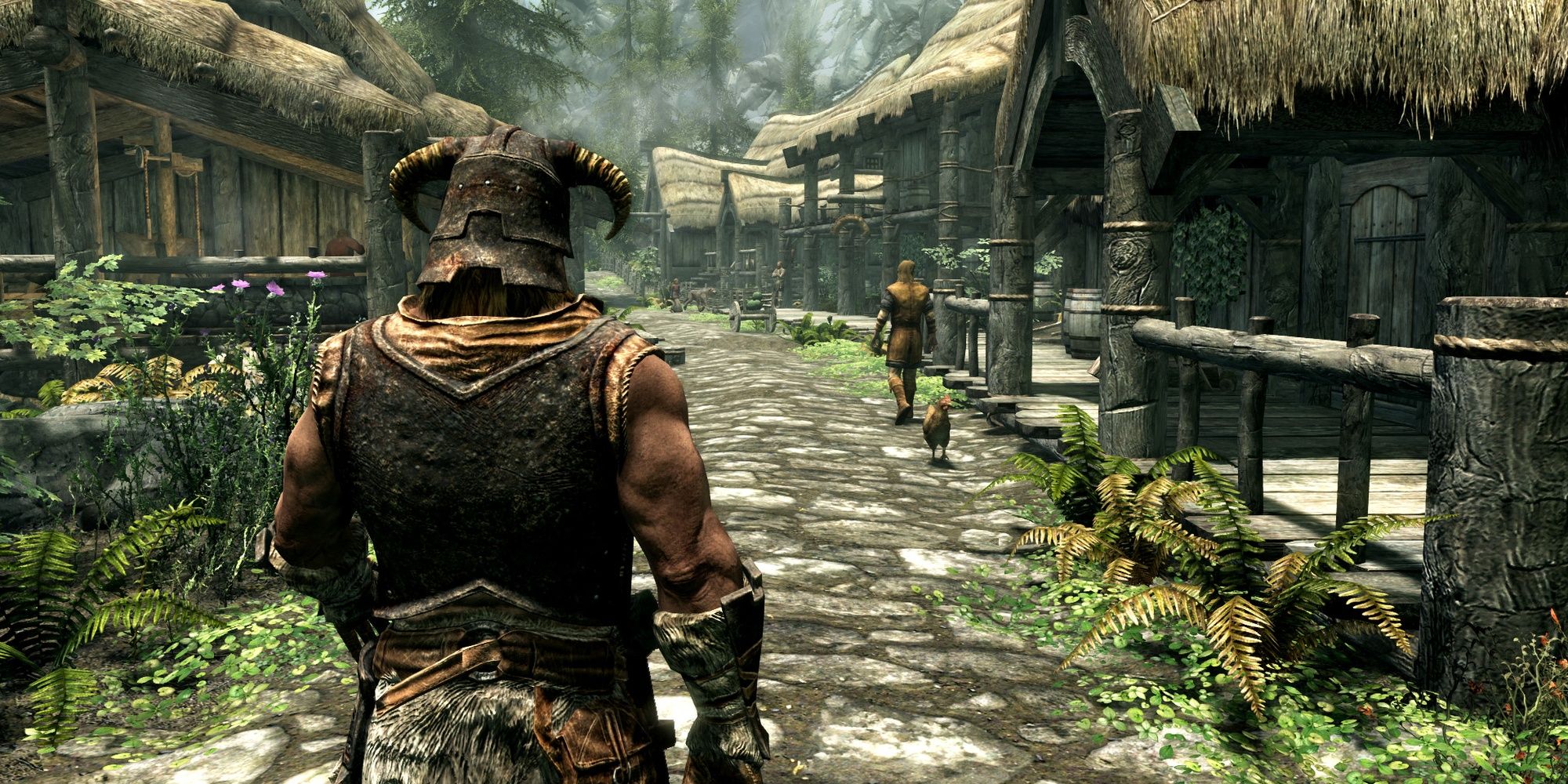 Skyrim’s world is small when compared to the likes of Assassin’s Creed Valhalla or Far Cry 6, but this reduction in scale is complimented by density. It is filled with so many things to do, whether it be random caves hiding a selection of corrupt vampires or an abandoned castle that has long become refuge to a horde of deadly bandits. Every location has a story to tell, whether it be through the rotting corpses left behind in the wake of devastation or dusty old tomes settled on splintered bookshelves. Opening random books will reward you with unexpected experience gains, while a random body found atop a mountain might lead you onto a web of missions that will hold your attention for several hours. The magic of Skyrim is lost when you spend the entire experience working through a list of quest icons until the credits roll, failing to see so much of what the game has to offer because you aren’t willing to be your own person, to walk in a random direction even if it means being mauled by a grumpy bear.

There’s also something about Skyrim’s exploration that pulls me in more than its contemporaries, even if many of its discoveries grow repetitive as you continue to unearth them. Caves are all made from the same handful of prefabricated parts, while the majority of shrines and encampments normally involve you stumbling across them, murdering whoever calls them home, and moving onto the next thing. It isn’t wrought with the cynicism of other open world games, the gamified nature of each new discovery only serving to reinforce the mechanical innards of it all instead of feeling like they actually belong in the world. For all its bugs and goofy animations, Skyrim maintains that illusion even ten years later. 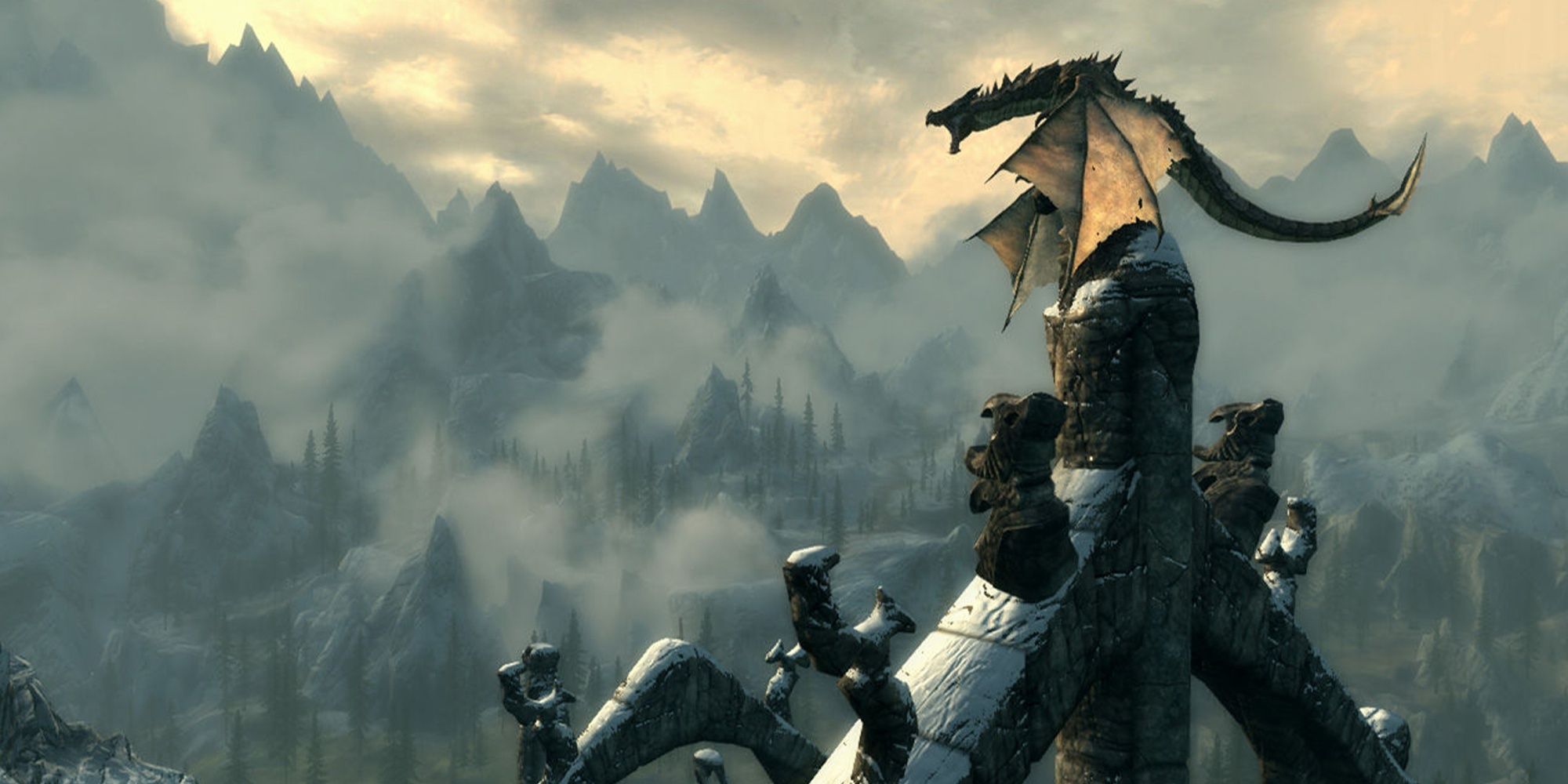 It feels like a real place, one that continues to exist when you save your game and turn things off for the day. Routines and stories continue to be told as your weary adventurer takes a much needed break, and so few games manage to achieve that level of investment. Everything you find in Skyrim holds a purpose, whether it’s a valuable weapon or an assortment of alchemical ingredients resting at the bottom of a barrel. Bethesda managed to create a game where you felt like you truly belonged, each and every mechanic helping to establish a feeling of belonging that makes each decision matter. I’m always getting better, growing stronger, and establishing a reputation in this realm that feels meaningful even with countless repeat playthroughs.

I don’t need to finish Skyrim to know that I’ve formed valuable memories from it, my lusty argonian making a name for herself even in the midst of a coming apocalypse that I had absolutely no interest in preventing. Whenever I step away from an RPG for a few months I often end up restarting it, losing my place in the story or failing to remember whatever progress I was making before losing interest. Skyrim doesn’t have that problem because its sense of discovery is so malleable, never laying out a definitive path for the player that must be adhered to. You pick up whatever quest you left behind or just turn all of the icons off and walk towards whatever mountain or hillside takes your interest, the horizon being your only waypoint in a world that wants to be mapped time and time again. 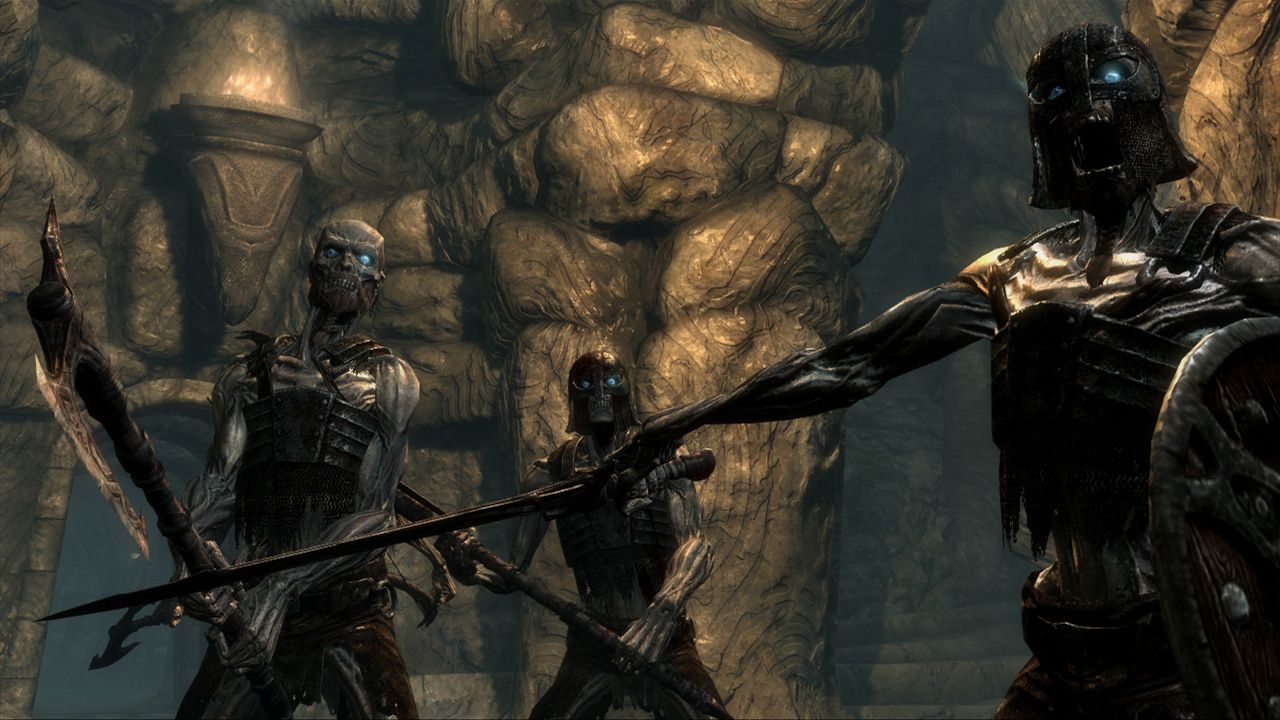 Bethesda never intended for Skyrim to still be relevant all these years later, but its appeal endured and the studio was reactive in a way that is easy to understand. I don’t think it should try to deliberately replicate this success with Starfield, but with any luck it will retain its approach to exploration where your own curiosity is the guiding principle to enjoyment, freedom paramount above everything else as you create a character and piece together a story of your own making.