Batman is super duper scary. Big bad bat boy will emerge from the darkness and kick the living shit out of whoever dares to rob a local corner shop. Well – that’s the general assumption. The caped crusader is a vigilante who operates more out of symbolism than practical application, seeking to frighten Gotham City into passiveness instead of going after every single petty criminal who calls its streets home.

Matt Reeves’ The Batman cements that fact in the opening moments. A monologue by Robert Pattinson is accompanied by a stylish montage of thieves and bullies stalking throughout the night in search of easy prey. Yet before each of them decides to act, they glance into the sky and witness the Bat Symbol. It’s little more than a spotlight looking over the city, but to millions it is now a representation of fear. We see people running away in a panic, except for a single group of fools who dare assault a helpless commuter. Before the skirmish can begin, Batman steps out of the shadows and wills them to walk away.

Anyone who doesn’t is subject to a chaotic beatdown, with a single hesitant newcomer glancing up at the sky as he tries in vain to warn his friends of the coming storm. It’s a sensational opening, and one that solidifies the role Batman plays in this city and how he’s become a distilled image of fear that keeps the city in order. Such is true for smaller criminals, but it doesn’t have an effect on the corrupt underworld and political machinations that determine why Gotham is so rotten to the core. It’s broken beyond repair, and no amount of vigilante heroics will change that fact. Batman isn’t treated as a superhero here, and that’s partly why he’s such an effective character. Robert Pattinson’s Bruce Wayne is still stricken with the grief of his late parents, directionless in life and uncaring of the philanthropic pursuits so many expect of him. He’s short and reserved, in possession of an eternal frown that shows no signs of turning upside down. Bruce was dealt a bad hand, and all the money in the world can’t fix that. Yet he tries, seeking to make a difference as he plays detective and hopes to do some form of good.

His ideology thrives on fear. The film’s red and black palette is not only a clear homage to detective noir, it’s also a character statement for almost everyone we encounter. This is a grim film, almost needlessly so, but it informs the atmosphere and storytelling with a strong aesthetic. Whenever small pieces of light fill the frame it has a purpose, whether to highlight characters or moments of thematic distinction, or to ring in the flux of a narrative arc with unparalleled impact. Batman vocally describes himself as vengeance several times throughout the film, an identity defined by fear, violence, and bloodshed without murder.

He wants to scare Gotham into accepting change, but this hostel outlook has unexpected consequences. In fact, it is the very ideology that fuels the central villain’s entire scheme. The Riddler believes Batman to be like him, hence why he constantly teases our hero with letters and riddles, unveiling a breadcrumb trail as they work together to cleanse the city of corruption. He doesn’t know that Batman is Bruce Wayne, even when an excellent interrogation scene teases such a revelation before completely subverting our expectations. It is so well done, and even at the end of his tether, The Riddler holds out hope that this depressed emo boy in spandex will join hands and usher in a new era. 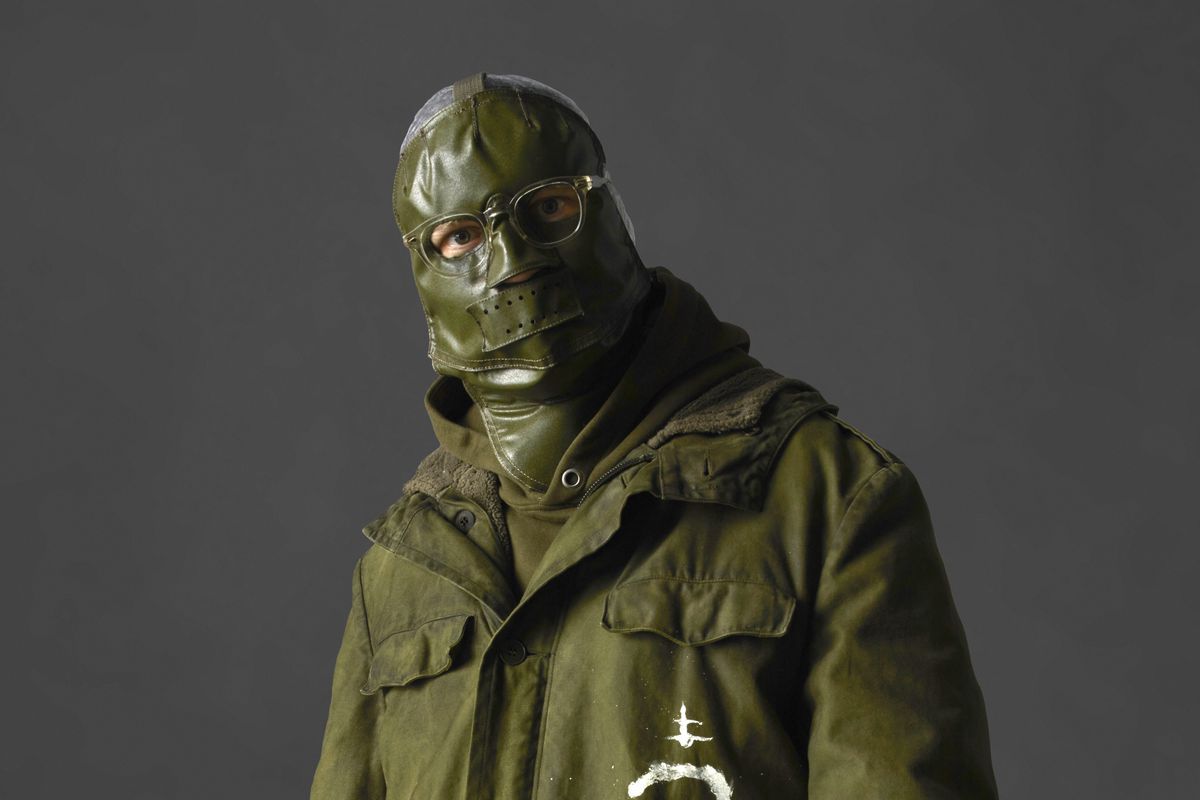 Batman comes to realise the toxic consequences of his own ambition, and how constantly relying on vengeance to fuel his existence will only see it spread to others in ways that are so much worse. In the final act Batman rushes to Gotham Square Garden to defeat The Riddler’s goons, kicking the absolutely shit out of them without mercy. After injecting himself with a stimulant following a shotgun blast to the chest, he pummels a guy’s face so badly that Gordon has to pull him away. Soon after this the man’s mask is removed, and when asked who he is the response – “I am vengeance” ignites a change that will spread throughout the entire City. Batman leaps into the electrified pool below before lighting a flare, lifting debris to make himself visible to the helpless citizens desperate to be saved.

He’s no longer shrouded by darkness, instead showered in light that presents him as a figure to be relied upon. The late mayor’s orphaned son is the first person to reach out to him, pulled from the wreckage as a cycle of death and destruction is broken to help create something new. Batman isn’t a figure of vengeance to stalk throughout the night, but a bastion of hope who will embrace the daylight if it means making Gotham a better place and its people feel safe in the security of a hero who will fight for them. 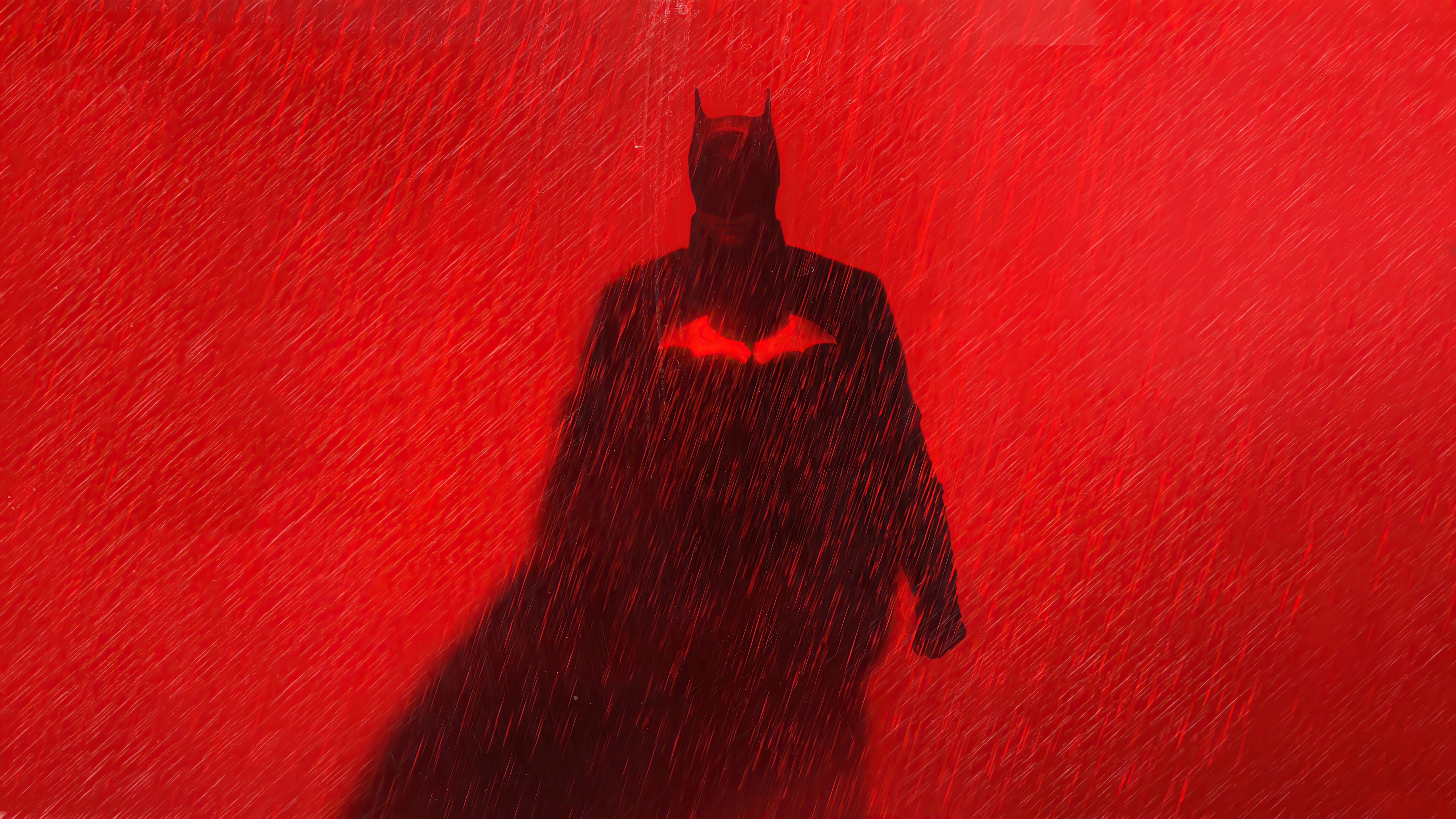 The Riddler’s entire twisted vision is deconstructed in a matter of minutes. His revolution gives way to crime and revolt, yet these issues will be fixed as Gotham emerges as a stronger, more resilient city that relies on prosperous hope instead of never-ending misery. For a film so obsessed with melancholy it’s an oddly uplifting conclusion, and I can’t wait to see where Matt Reeves and company take this universe given the potential. Batman has historically been a massive downer, so to see Pattinson take this quality to its darkest depths while simultaneously bringing it into the light is a treat to witness. Bring on more films like this.