Rockstar Games has already added five distinct roles to Red Dead Online, giving you several ways to explore the American West through trading, bounty hunting, collecting, moonshining, and Naturalist research and conservation, but what new roles should be added next to the game? 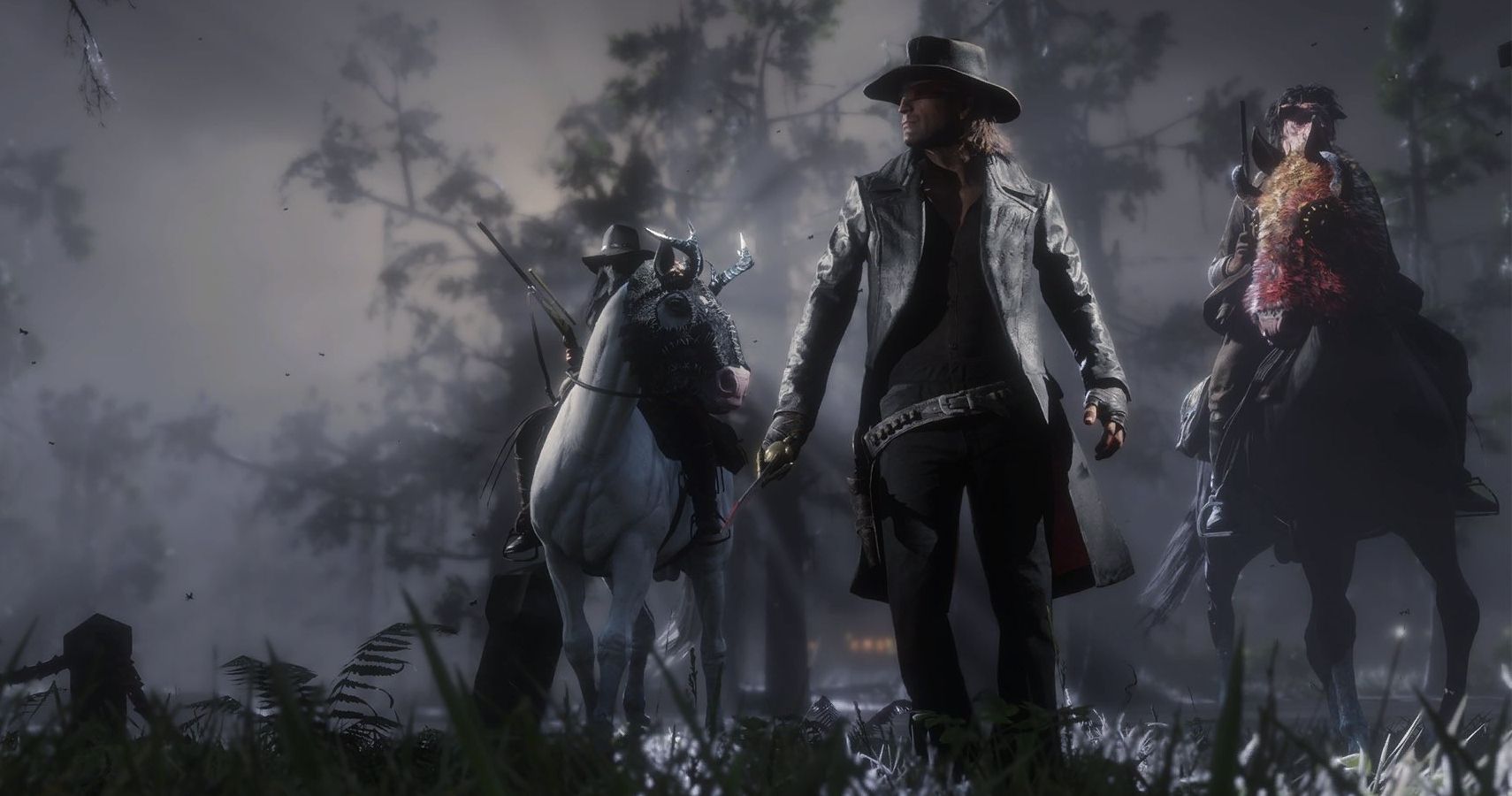 You can already choose to act outside of the law in Red Dead Online, but only in a way that is crude and superficial at best. If you want to be a menace to society and become a target for lawmen, all you need to do is attack NPCs, other players, or get rowdy in a town. Valentine and Tumbleweed, is there ever a night you are not being ransacked by new players? Doing so provides no real benefits, nor are the effects permanent. Bounties are easily paid off, characters will respawn, and honor levels can be adjusted with little effort. 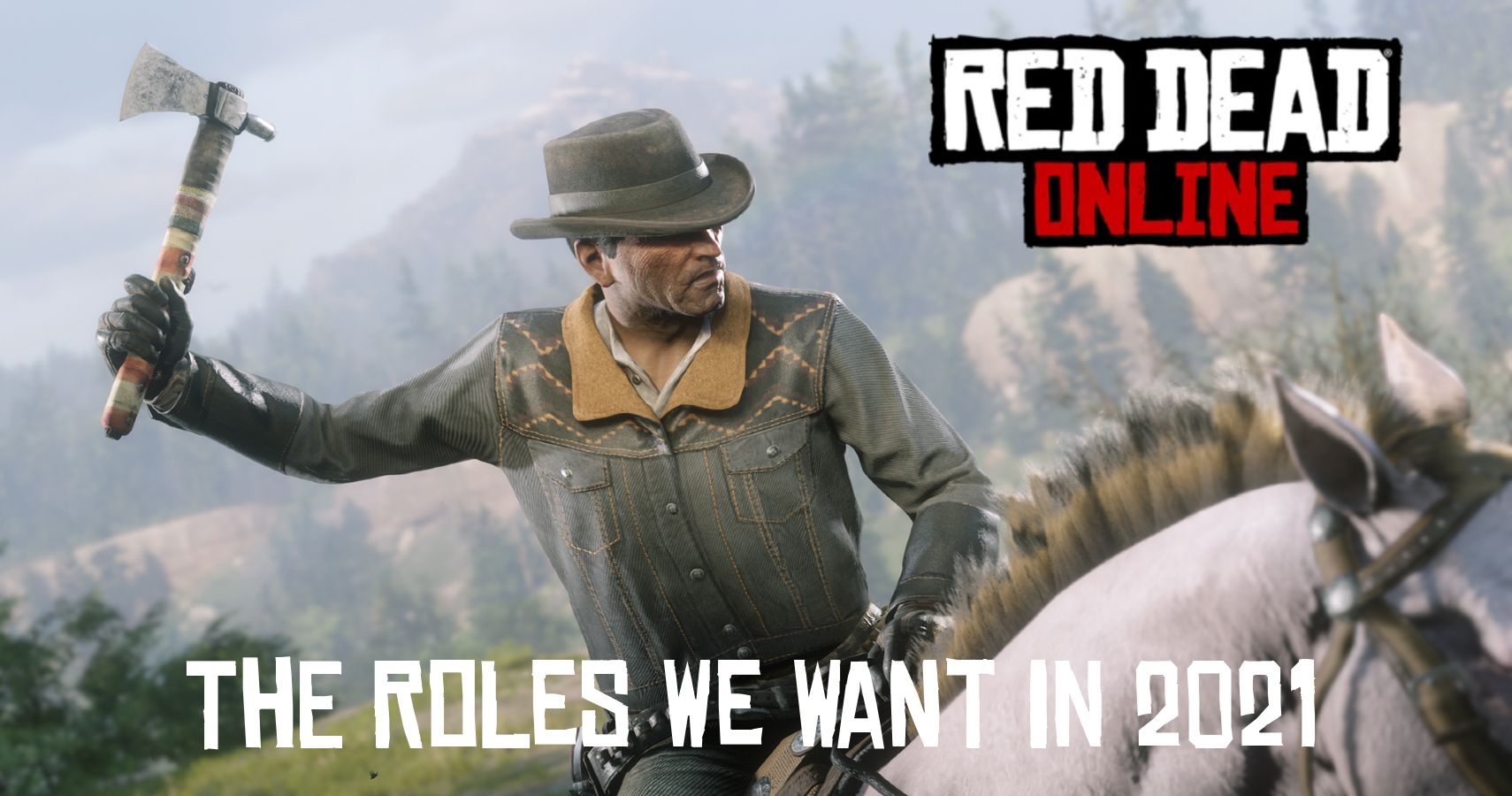 Instead, an Outlaw role would be similar in theme to Arthur and his gang from the main story of Red Dead Redemption 2, but rather than explore the fallout of a job gone bad, the focus of the Outlaw role would be to dabble in crime for profit, and slowly work your way up in both organization and payoff. Research, bribe, or steal information to pull off a major heist, rip off a bank, take out rival gangs for control of territory, or rustle cattle to become infamous.

This could even tie into the bounty hunter role for more dynamic play, giving players a big payout if they can bring in the worst of the worst. To improve upon the current bounty role, Outlaws could also gain rewards for remaining at large for as long as possible, and logging off to avoid being caught would result in a loss of accumulated reward. 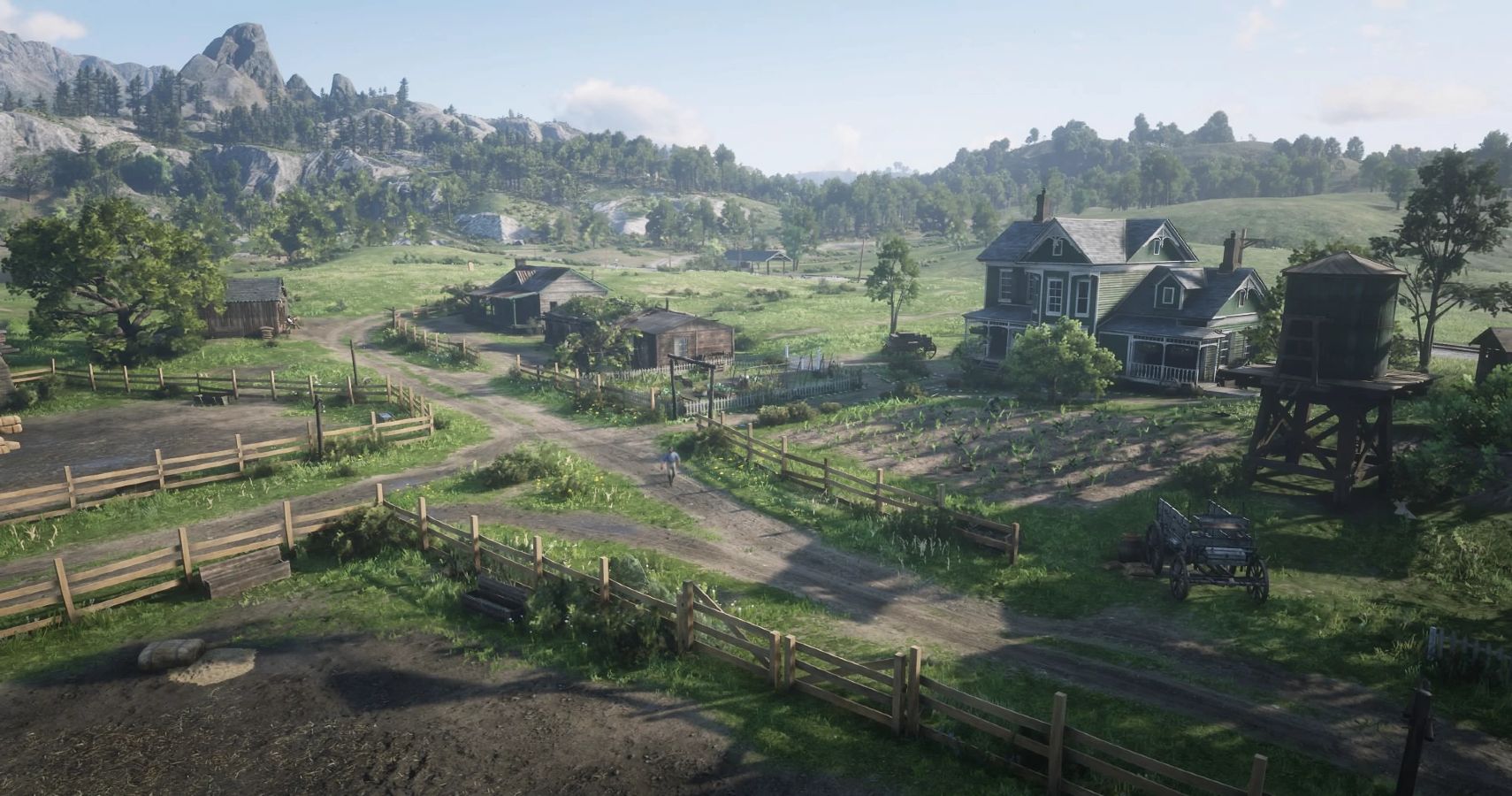 Not all roles need to be filled with action, and there is something to be said for a quiet, relaxing time in Red Dead Online. The Collector already feeds into this philosophy by assigning non-violent tasks that let you take in the beautiful environments in-game, and it is currently the biggest moneymaker as well.

One could pick a small plot of land like the Moonshine shack and begin establishing their own ranch. There you could farm, acquire resources and tools to grow your operations, and even sell a harvest for profit in an instanced space where other players cannot hassle you, but that can serve as a location to get together with friends online.

At the same time, the Rancher role checks off the boxes for player housing, which is something everyone would enjoy. Our mobile camp is nice, and it can be customized with some themes based on other roles, but it could be so much more. 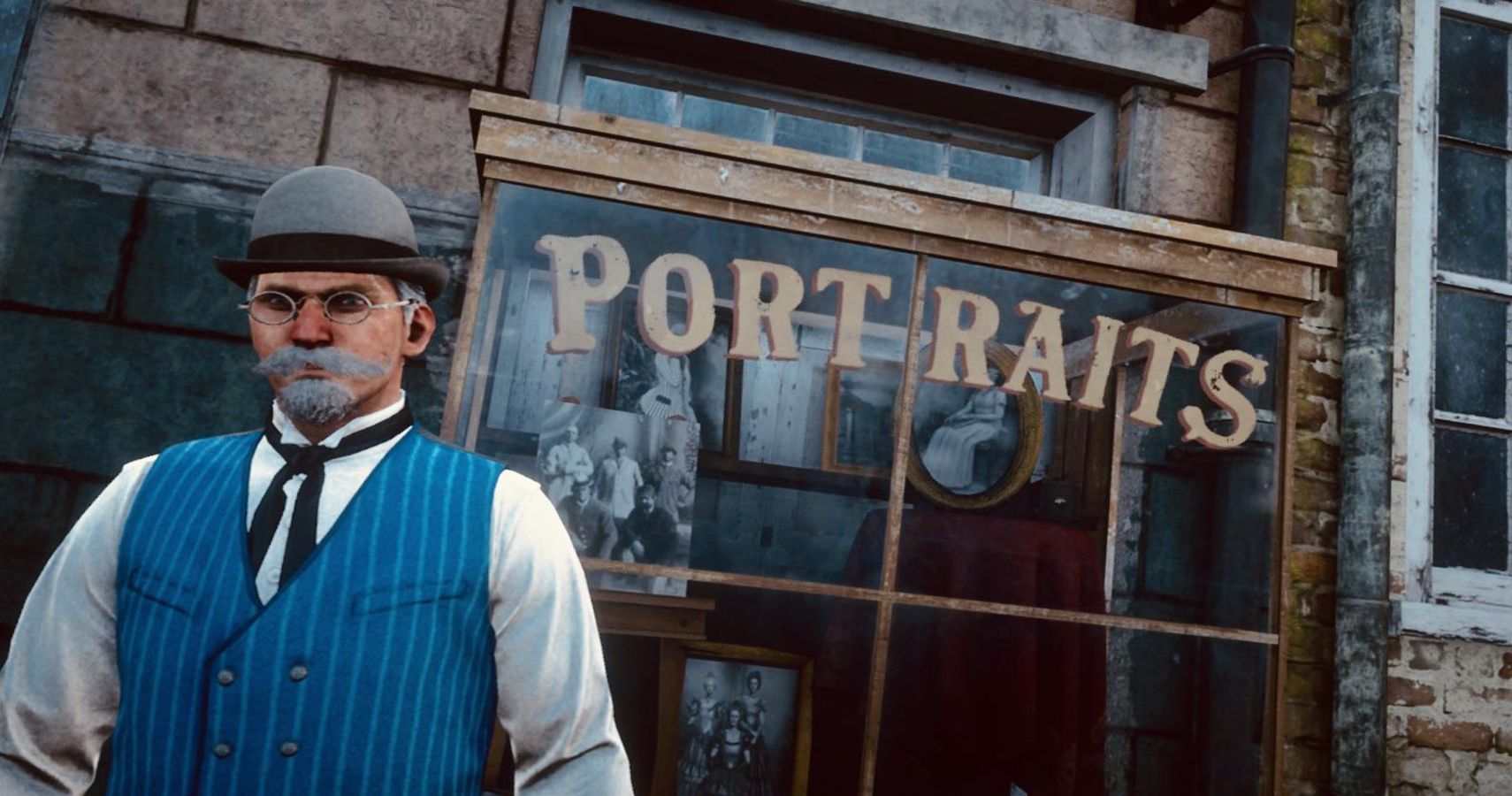 If Rockstar does not want to provide a permanent space to put down some roots, they may continue to embrace the nomadic lifestyle by tasking players with photographing the rarest sights, people, and animals in the game.

We already have two cameras to choose from, as well as some simple tasks associated with cataloging animals in the Naturalist role and live bounties in the Bounty Hunter role. Even better, Rockstar has previously encouraged players to find and take the best-looking shots in the game, with the winning submissions chosen to be added to Camp Flags, Bar Portraits, and Photo Studio Backdrops.

In this role, you could continue to seek out the most elusive targets, but you might also be judged based on the quality of a shot, creativity, clarity, distance from the target, and more. If you ever played the original Pokemon Snap, you have a good idea of the potential in the gorgeous outdoors of Red Dead Online. 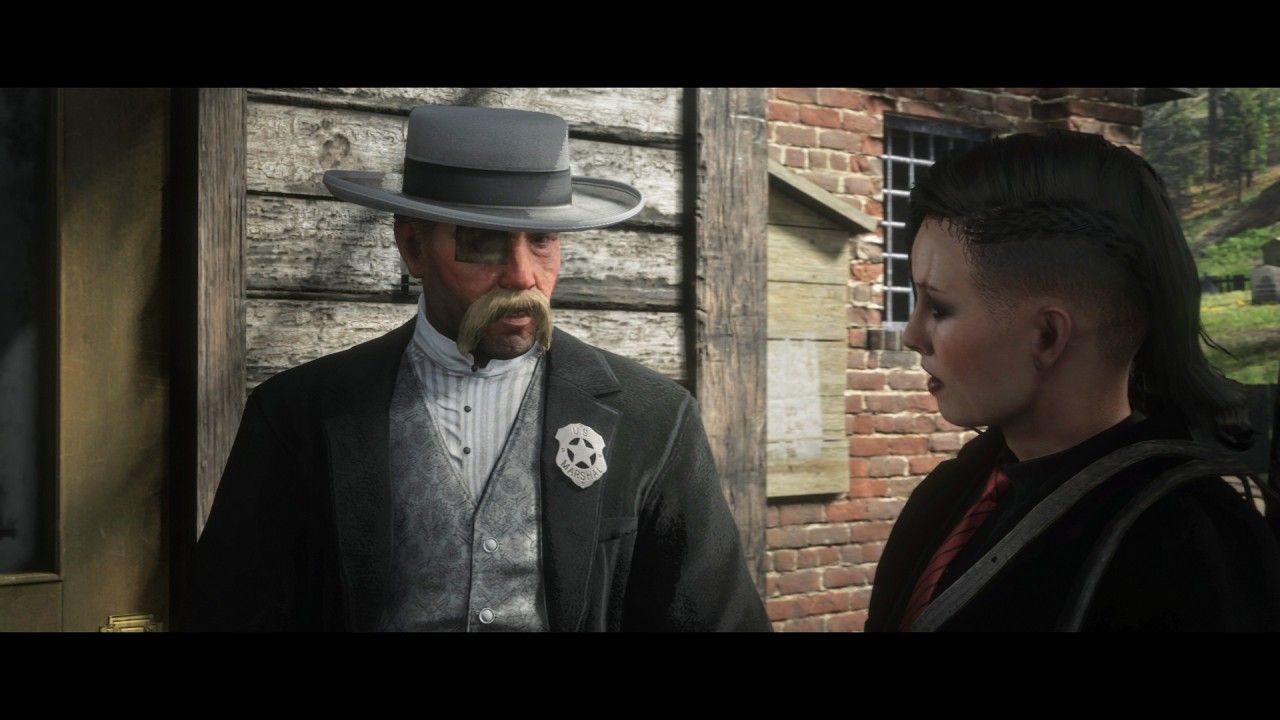 A Lawman would treat the rules of the land as something more serious than a simple Bounty Hunter, which by nature is nomadic, and as a hired gun, comes and goes as they please. Instead, a Lawman role takes responsibility for preventing crime or punishing offenders within an entire region.

For example, the role could task you with picking a location, like the Moonshiner chooses with their shack, which then becomes a hub for operations and deliveries. If you choose Lemoyne, you will oversee Rhodes, Bluewater March, and Saint-Denis. Obviously, you would not need to zip around on your horse responding to every little call but instead would work to find leads on potential crimes that are developing. Is a gang planning a big heist? Have outlaws decided to make their base of operations in your backyard? Are poachers or rustlers targeting the property of landowners?

Stopping crimes before or as they occur would become the principal work of a Lawman, bringing in the worst criminals in the West, those that no simple Bounty Hunter could dare take on.

Ultimately, there are so many directions that Rockstar could lead Red Dead Online towards in the future, and all we can do is wait and see what lies ahead.

NEXT: The Moonshiner Role In Red Dead Online Is The Best Money Maker For Busy Students 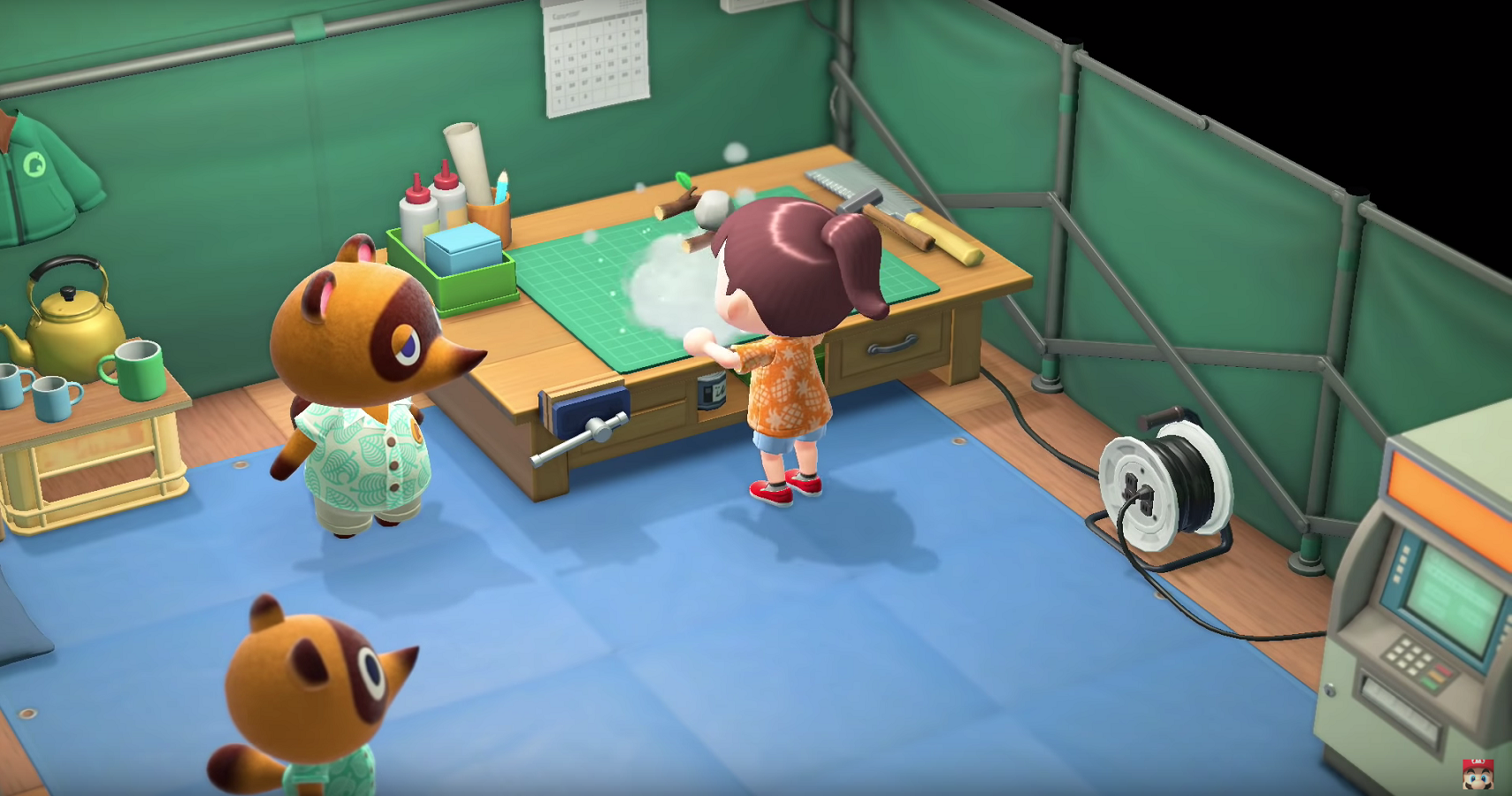