Pokemon sizes are stupid. Do you know how tall – or should I say long? – Eternatus is? 65-foot-seven. What the [insert profanity here].

Alolan Exeggutor is 35-foot-nine, which is almost double the size of an impressively tall male giraffe. Wishiwashi, which is a mere eight inches long in its solo form, bizarrely grows to a whopping size of 26-foot-11 when it metamorphoses into school form. On the contrary, Charizard – who I’m sure most of you think of as an enormous dragon despite not being a Dragon – is actually a little bit shorter than five-foot-six. Charizard is a bona fide short king.

On the topic of Pokemon heights, I was rewatching the most recent New Pokemon Snap trailer this morning and was absolutely astonished to see how obscenely large Meganium is. A quick Google search will inform you that Meganium, the unanimously least beloved final form of the three Johto starters despite how cute and wonderful Chikorita is, stands at a healthy 1.8 metres tall – five-foot-nine if we’re to keep the imperial trend going. Human heights tend to vary, but in Ireland, where I live, that’s around average.

Now, we’re all reasonable adults here, right? We know that mainline Pokemon games cast you as a ten-year-old prodigy, who is probably not five-foot-nine. The original Pokemon Snap featured Todd Snap as its protagonist, who – you guessed it – was also ten. The person you play as in New Pokemon Snap is essentially a child with a very expensive Instax.

But Meganium is grossly larger than said child. Meganium, to put it plainly, is the size of a small building. I’ve just gone out the back garden to check and it’s about five times the size of my shed, which is about one and a half times as tall as I am. My dog’s looking at me right now like, “What are you doing with the shed?” and I’m just here like, “Listen, Woody, I’m doing games journalism here by proving how stupidly big Meganium looks that in that godforsaken trailer.”

I know it’s not a huge deal. I’m just very confused is all – this is a game where Bouffalant roam in herds and Octillery squirt their weird ink at Seviper. You’ve got Sobble spraying Venusaur so it can cool off while Swanna glides down meandering rivers with its little ballet of Duckletts behind it. It’s adding huge amounts of realism to a thoroughly unrealistic world for the sake of making us think, “Actually, maybe some people want to be photographers instead of the Pokemon League champion.”

And that’s why it’s so weird! I’m sure Meganium is fine in the game, maybe it was just an unflattering angle. But the trailer was obviously directed and cut by someone, so why choose the shot of this specific beefy – or should I say leafy – boi? It doesn’t add up, and I’m not going to let anyone Petal Dance their way out of this fiasco. Meganium is simply too large and intimidating, and now I’m almost afraid of playing New Pokemon Snap in case it thinks I’m a particularly lively flower and bites my head off.

Next: You Can’t Trust Everything You Hear In Returnal, Devs Tell Us 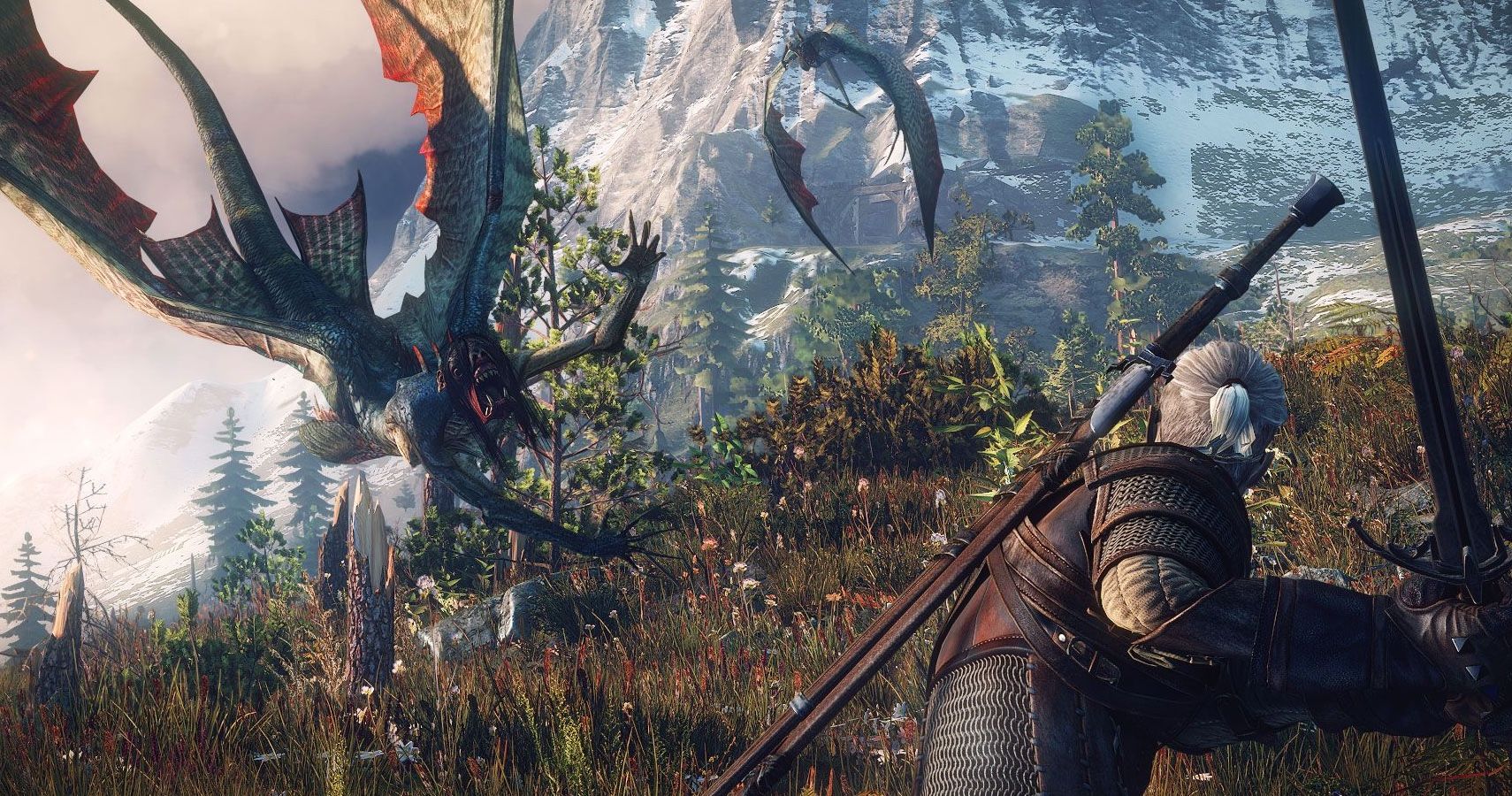