Arable, a startup developing connected devices for agricultural businesses, today closed a $20 million funding round. The company says the proceeds will be used to accelerate Arable’s growth and build out the next of its data-driven products.

According to a 2018 study published in the journal Agriculture & Food Security, almost all (95%) of 860 surveyed smallholder farmers across Central America have observed climate change, and most are experiencing the impacts of rising temperatures, unpredictable rainfall, and extreme weather events. At the same time, the United Nations projects that the world’s population will reach 9.7 billion by 2050, causing global agricultural production to rise 69% between 2010 and 2050.

Arable, which was founded in 2014 by Adam Wolf, Ben Siegfried, and Kelly Caylor, aims to provide measurements, insights, and predictions that enable growers to address these risks. Wolf and Caylor taught a class together at Princeton University, which brought them in touch with then-student Siegfried.

Arable sells the Arable Mark, an irrigation management tool that connects via LTE-M, 2G, and 3G and synthesizes climate, plant, and soil data to produce visualizations. From a web dashboard and a smartphone app, the solar-powered Mark exposes precipitation, crop water deficit, soil moisture, chilling hours, and other metrics gathered from third-party sensors.

It’s an approach akin to — albeit less holistic than — Microsoft’s FarmBeats platform. Another rival in the agricultural predictive analytics space is IBM’s Watson Decision Platform for Agriculture, a platform comprising AI, internet of things, and cloud solutions that together generate evidence-based insights. CropX, which has attracted investment from Eric Schmidt’s Innovation Endeavors, offers a mobile app that uses sensors around a farm to collect data about topography, soil structure, and moisture levels and determine the exact amount of water needed for each crop field. 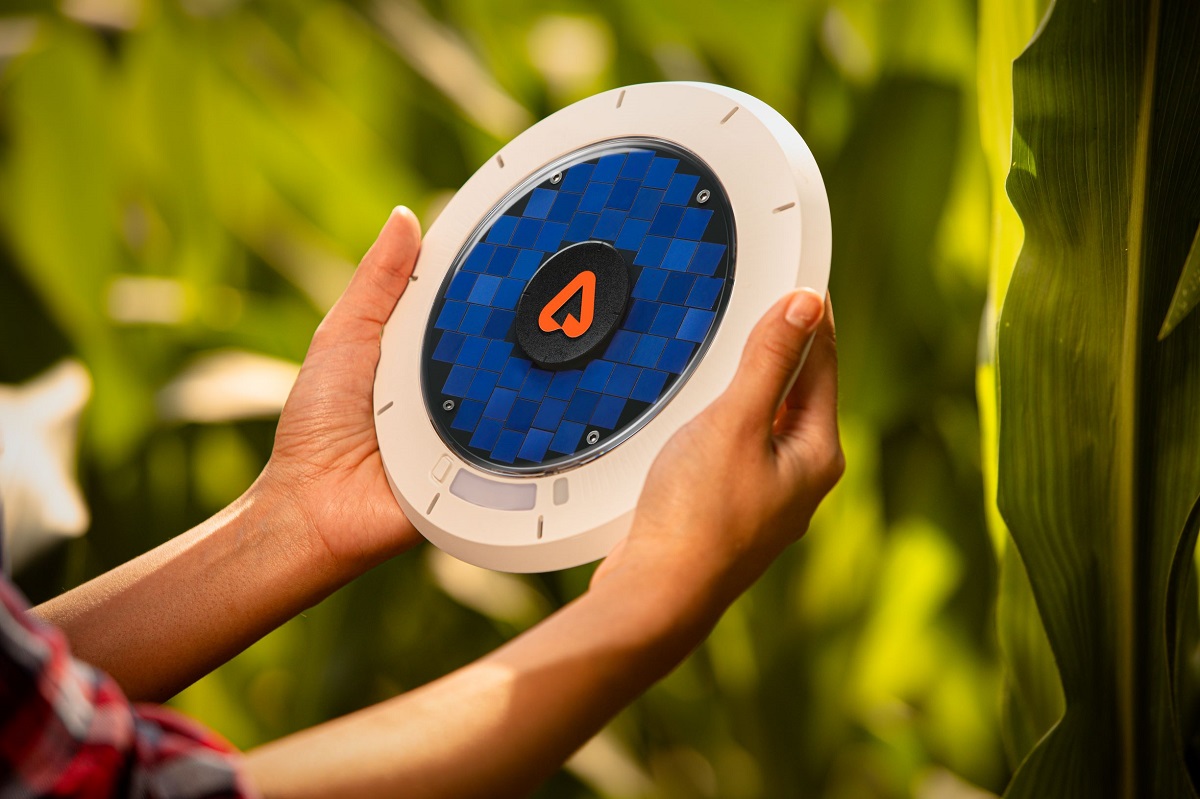 As for the Mark, thermal and acoustic sensors within the device measure rainfall and readings while plant-specific calculations are taken to make irrigation plan recommendations. (Using a suite of microphones, the Mark translates the sounds made by falling raindrops into the amount and intensity of rain.) The Mark delivers hourly surface wetness readings, chlorophyll indexes, and sky and dew temperature readings, as well as radiation reports that ostensibly help track things like photosynthesis.

Arable combines historical data with observed conditions (via hourly and daily canopy data) to power AI- and machine learning-driven forecasts. The company claims to be able to project 30 hours to 10 days ahead by having the Mark act as a weather station and crop monitor, performing benchmarking across microclimates to provide context for planning.

“We have invested heavily in collecting vast amounts of training data from our calibration-validation network, a geographically diverse network of controlled research stations that provide gold-standard field and crop conditions data,” CEO Jim Ethington told VentureBeat via email. “We’re doing a lot with sensor fusion with satellite imagery, so machine learning is used to create clean continuous gap-filled imagery that makes use of the ground truth we collect. We’re wrapping our head around generative adversarial networks to generate synthetic, plausible seasons for growers, particularly the management schedule, for land that they may have recently acquired or started working. We’re of course working with edge deep learning with audio, given our microphone on the Mark used for rainfall monitoring, and we’re doing a bit of hyperlocal weather forecasting leveraging the many different operational forecasts and our local weather.”

Arable has deployed the Mark and its successor, the Mark 2, to 37 crops across tens of thousands of acres in 39 different countries. The company’s over 200 customers include winemakers like Francis Ford Coppola, Treasury Wine Estates, and Hewitt; growers like Mars, Bayer, Cargill, Driscoll’s, and Blue Bottle Coffee; government agencies including the U.S. Department of Energy; and nonprofits such as The World Bank and One Acre Fund. 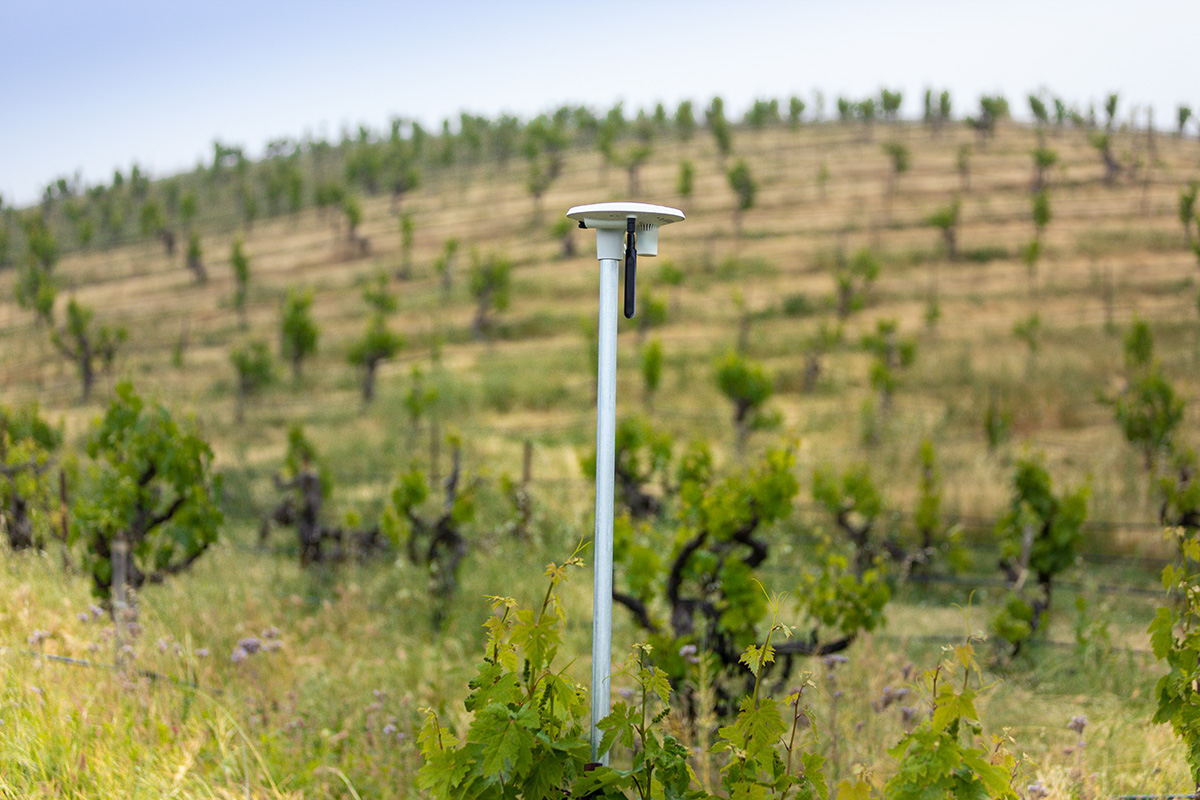 After experiencing just over 300% sales growth through the third quarter of 2020, Arable focused on expansion in Brazil, largely through a partnership with telecom Claro. The company also doubled down on academia, with deployments in over 30 research sites overseen by Stanford; the University of California, Davis; the University of Nebraska; and Carnegie Mellon, among others.

“While the pandemic shocked the agricultural supply chain and induced deep labor uncertainty, people are still eating, and growers are still growing the food that feeds us all. If anything, the pandemic has crystallized just how essential reliable and useful field data are to running a successful ag company, and the data we offer makes us well positioned to fill this need as we all adjust to the new normal,” Ethington said. “Helping to mitigate and adapt to climate change is a core driver of what we at Arable get out of bed every morning to work so hard on. I truly believe that there is no more important endeavor in the world than helping to advance agriculture through the use of technology and data.”

Prelude Ventures led Arable’s series B round with participation from new investors M20, Nassau Street Ventures, and Tridon (the venture capital arm of the agricultural equipment giant Grupo Jacto) and existing investors including S2G Ventures, Middleland Capital, and Chase Field. It brings the San Francisco-based startup’s total raised to over $38 million following a $4 million venture round in July 2017.